VOLOTEA COLLECTS MORE THAN 40.000 EUROS IN RESPONSE TO COVID-19 FOR HUMANITARIAN PROJECTS IN FRANCE, ITALY, SPAIN AND GREECE

The fundraising campaign adds to other relief initiatives also implemented by the airline such as the €450.000 in fare discounts offered to health care workers in recognition to their heroic efforts, as well as several volunteering initiatives led by Volotea employees. 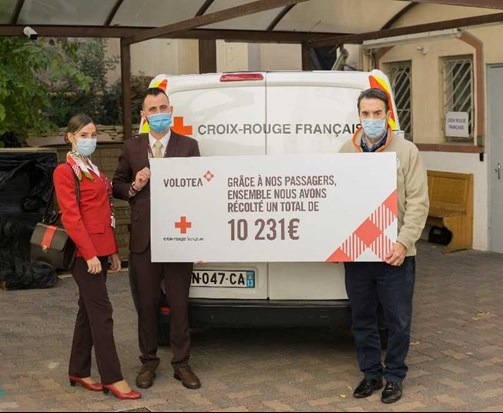 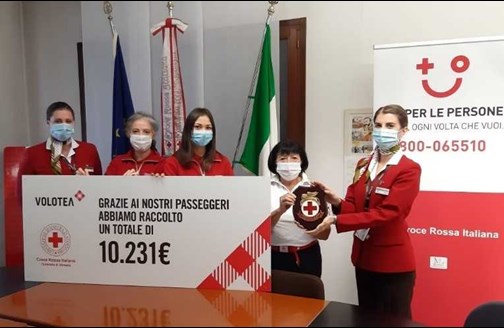 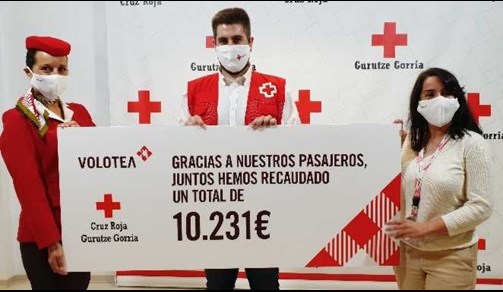 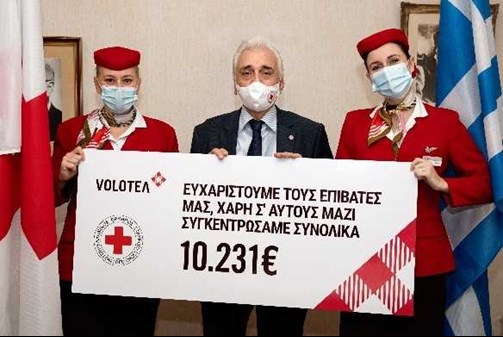 Barcelona, X November 2020: Today, Volotea published the results of its fundraising campaign in support of humanitarian actions related to Covid-19.  Set up five months ago, the campaign has reached €40,924, all of which have been donated to local Red Cross branches in the countries where the company operates.

Last June, Volotea launched a fundraising campaign in different European countries to help organizations supporting the most vulnerable in the health crisis. For four months, the airline offered its customers the opportunity to donate when booking their flight to support several health, employment or social inclusion initiatives run by local Red Cross branches in the regions most affected by the crisis in France, Italy, Spain and Greece. More than 40,000 euros have been collected and donated.

In France, the funds will be used to strengthen the Marseille Red Cross food aid activities in support of their beneficiaries and then reinforce the outreach team who enable the Red Cross to maintain social links with the homeless in Marseille.

In Italy, the funds have been handed over to the local branch in Venice and will be used to finance food assistance for people in extreme economic difficulty who have been left without work and other forms of income due to the current emergency.  They will also be used to guarantee the free home delivery service of medicines and basic necessities for people forced to quarantine, and for frail and immunocompromised people who cannot leave their homes.

In Spain, the funds have been donated to the Red Cross branch in the Basque Country. The funds collected thus support the Responde project. Responde is a Red Cross project throughout Spain, initiated during the first phase of the health crisis, which aims to maintain essential support programs such as support for health workers, food distribution and awareness-raising among the population.

In Greece, the donations will be given in support of vulnerable populations, food aid, basic material assistance to extremely poor people including homeless people or families experiencing exclusion and exposed to COVID-19, programs for children and their families and support for the elderly and people with disabilities, in particular those living independently including using measures aiming to ensure that they remain healthy and active.

This fund raising campaign was the third leg of a comprehensive plan which included special fares for healthcare workers to recognize all their efforts (over 6.000 professionals benefited of a total amount in fare discounts of more than €450.000) as well as several internal volunteering initiatives such as accompanying elder people confined in hospitals or asylums, making masks for groups in situations of great vulnerability, supporting young people looking for their first job opportunity, or acting as Red Cross volunteers.

Volotea’s Hamburg base has been opened to operate Airbus’ shuttle service, recently awarded. Base in Napoli has been launched in July 2020.